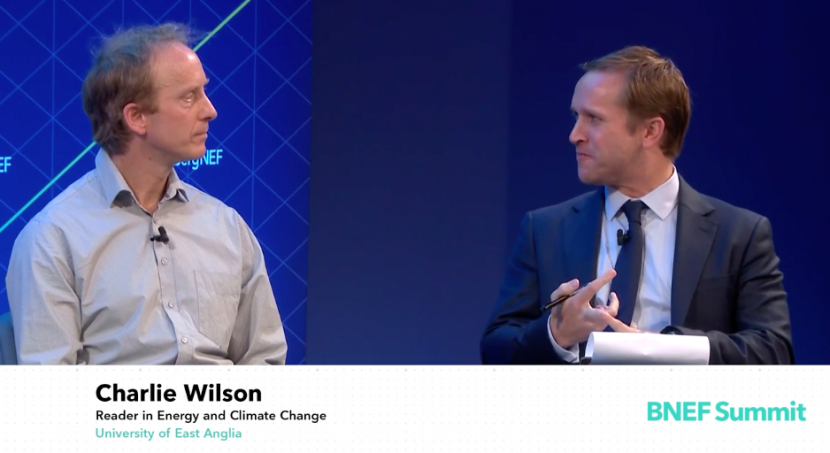 Bloomberg New Energy Finance (BNEF) is the leading market intelligence and advisory service for the energy industry. Held on Oct 19-20th in the glitz of a Hyde Park hotel, the summit agenda included keynote talks from Claire Perry (former Minister for Climate Change) and Kwasi Kwarteng (current Minister of State in BEIS), as well as a host of CEOs from utility, tech, automotive, battery, renewable, and other industries. Charlie Wilson from the SILCI project took part in a plenary discussion panel on the topic of ‘making net zero work’. As Bloomberg is a big media company, the whole thing was filmed so you can watch the full discussion here. Among other things, Charlie discussed public acceptability of new infrastructure and the importance of perceived fairness and justice. This proved of great interest to conference attendees!